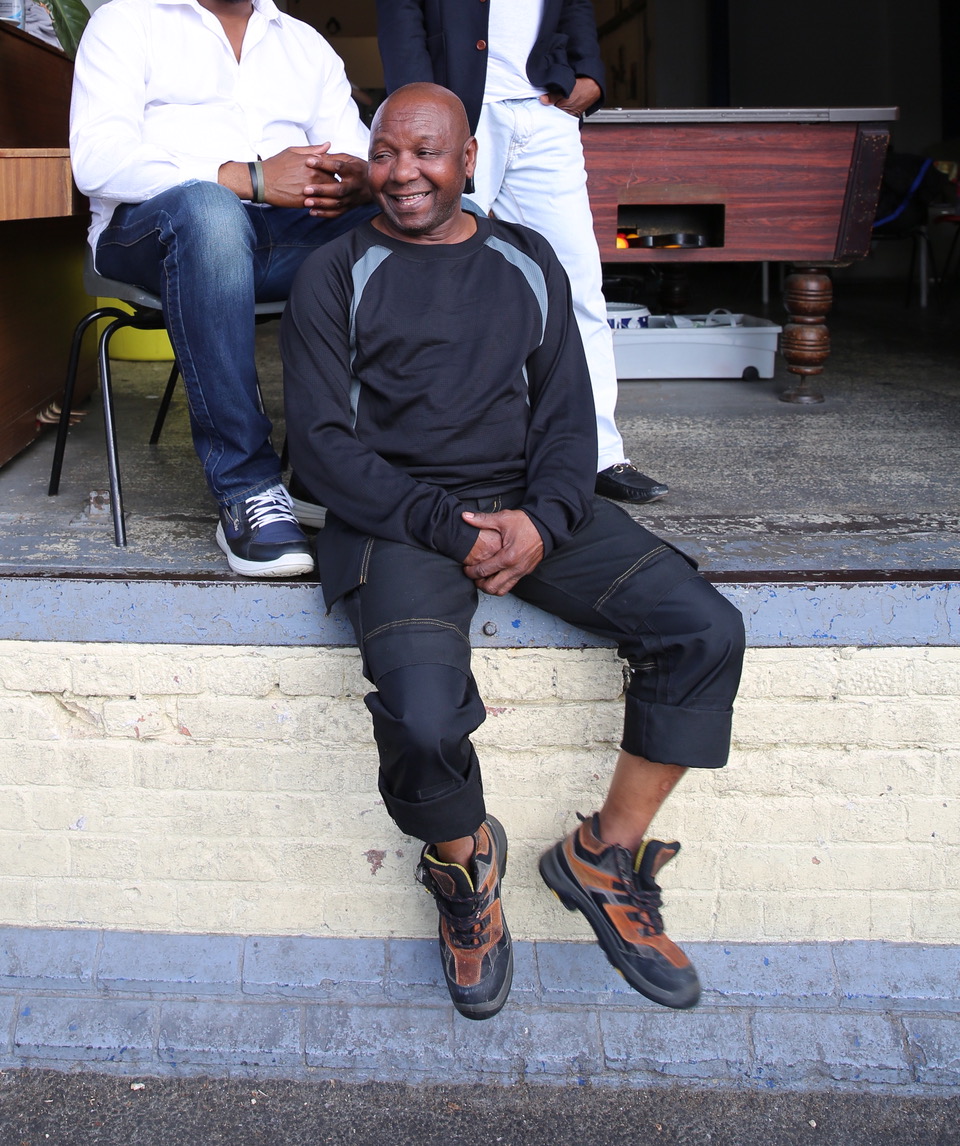 I came to the UK in 1970. My parents were already living and working here, they’d left me to be brought up by my Grandma in Nigeria. I was eight. I lived with my uncle in St Albans and I looked after his three children aged four, five and six even though I was only a child myself. I was supposed to be home schooled, but that didn’t happen. At 16, I ran away and my education really started. I worked during the day and studied at night finally achieving a  Masters in Economics from Lancaster University.

I was living with my girlfriend in her father’s flat in Grosvenor Square when we got burgled. They took all my tools for my work as a plumber and all my ID – my passport, driving licence and my CSCS card. When my girlfriend returned to her family in Russia I stayed in a backpacker hostel. After four months when my work and savings dried up, I slept in the doorway of 40 Grosvenor Square. I was there for 6 months till I was picked up by outreach workers who took me to a hub in Lewisham, but you had to sleep on the floor with strangers and I didn’t feel safe so I  returned to  Grosvenor Square. After a couple of months, a private security firm drove us all out of the Square and I moved to a car park on Vauxhall Bridge Road – I spent 4 months there till I was picked up St Mungo’s who placed me in a hostel in Maida Vale. This is when I got caught up in the Windrush Scandal and my nightmare began, my stolen passport was stamped with my Indefinite Leave to Remain and the Home Office had no records proving my status. Without my papers and right to benefits, I couldn’t stay in the hostel and they asked me to leave. I went back to my car park till I was finally referred to Shelter from the Storm in November 2017. All this time I’ve been trying to sort out my status.

I don’t understand why people like me have been subjected to this treatment – I’ve been made to feel I don’t belong even though I’ve lived here since I was a child. I’ve worked and paid taxes since I was 16 – more than 40 years. Shelter from the Storm has been great, but I’m so frustrated and desperate to get back to work – I can’t think, I can’t plan, I feel without hope.

I believe there’s light at the end of the tunnel, with the help of my MP Emily Thornberry (who’s been amazing) my solicitor and Shelter from the Storm I should soon have my independence again.